We know more than 1300 bats species around the world. In the IUCN red list 91 species was described as endangered, 199 as threatened and 5 as extinct. Populations of 231 species are not evaluated (IUCN 2019). The biggest species diversity is in equatorial area. The diversity of bat species is low or medium in area where the wind industry intensive growth. On the other hand the low numbers of species in low-bat-species-diversity-regions are the only species of bats there and their importance in ecosystems can’t be ignored. Bats mortality on wind farms is one of main anthropological factors of fatality in this group of animals (EUROBATS 2018).

Number of bat fatalities on wind turbines is changeable between seasons, wind farms and regions. In EMPEKO post-construction monitoring projects for wind farms in Poland we estimated 4,7-14,6 bats/turbine/year, on average 10 bats/turbine/year. Just for your knowledge I put in Table 1 a little bit numbers from publications I’ve found in internet.

What fatality rate should we use for estimation? How can we know real numbers of collision? Can it be significant for populations? Who knows?

The impact on population depends on many factors like:
– population size;
– reproduction rate;
– cumulation of fatality factors.

Population size is barely known even for common species. Bats are difficult to observe and census. The EIONET database informs about ca. 40 millions of individuals of 39 bat species from European Union countries in 2016. There is the only synthesis I have found for Europe, so let put it as reference having in mind that it is probably big undervaluation. Scattered data are available for some North American species. We can find for example detailed range 195 398 – 957 348 individuals of endangered Indiana bat (Wayne et al. 2009) as well estimation over 100 million Mexican free-tailed bats (Russel et al. 2011). But generally we don’t have systematic large-area censuses of bats population. We have weak frame of reference.

Yes, bats have many problems. The lack of reliable data on number of bats makes it impossible to assess the impact of mortality on wind turbines on their populations. Systematic monitoring is the first step for reasonable management of populations. 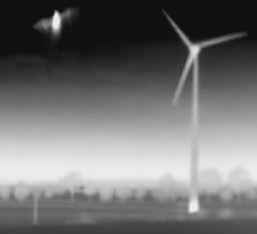