Let’s identify, which birds species die as result of collision with wind turbines. In European database there are already information about 14 418 victims found, which belonged to 257 species (Dürr 2019). However, these are only incomplete data, and what’s more we don’t know the methods of obtaining them. But they can say something. You can see that number of carcasses of particular species in this database is very diverse – from 1 individual (e.g. siskin) to 1901 individuals (griffon vulture). You can then compare number of victims in Germany and Spain with numbers of particular species in these countries (vast majority of records in this database come from these countries). This comparison leads to preliminary conclusion that relatively highest collision rate show diurnal raptors, as well as large gulls, white stork, raven, or eagle owl (see: Tab. 1), while collisions of other species constitute only a negligible percentage of their country populations (breeding, passage and wintering).

Table 1. Species showing the relatively highest collision rate with wind turbines in Germany and Spain. N – number of founded victims in 2002-2015 in Germany or Spain (Dürr 2015; in case of these species, most of victims are probably birds belonging to breeding populations of a given country). For comparison there are also examples of four species showing relatively low collision rate. DE – Germany; ES – Spain; * – source of data: Südbeck et al.2007; ** – source of data: Mebs & Schmidt 2014.

What have these species in common and what distinguishes them from the others?

The combination of these two factors (behaviour that vulnerable given species to collisions and relatively low number of given species) make a given species threatened by collisions with wind turbines. There is no data on the mortality of birds on the offshore turbines, but according to the above onshore-turbines conclusions, it can be presumed that seabirds often soaring highly throughout the whole year also belong to the most collisional species.

Therefore can tentatively conclude that the most threatened by collisions are (In B-finder Team we call it: category 1.) uncommon bird species throughout the whole year often soaring highly. To such species belong:

– some large and medium size owls, 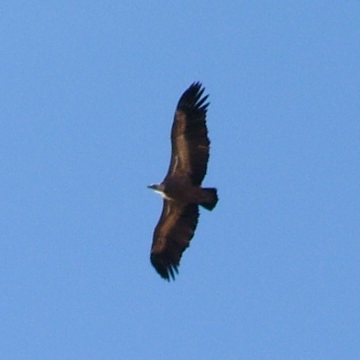 Fig. 1. The griffon vulture soaring near Ciudad Rodrigo phtographed by Michał, B-fnder Team, during his holidays in Spain, 2005.

The category 2. are species potentially much less threatened by collisions with wind turbines. These are:

To this category belong: larks, crows, choughs, bee-aeters, swifts, swallows, goatsuckers, pigeons, some owls, hummingbirds, majority of pipits, majority of terns, majority of sandpipers, oystercatchers, practincoles, lapwings, some plovers, rollers, longspurs and snow buntings, snowfinches, serins, some american sparrows. For common species from this group (e.g. skylark or swallow) collisions are not a significant threat due to the large numbers of these species (see above). Whereas in the case of uncommon species from this group large risk of collisions occurs only in their breeding grounds during the breeding periods. Taking into account numbers of these species and the distribution of wind turbines, it can be concluded that this category of species is currently not significantly threatened by collisions with wind turbines.

Other bird species due to their behaviour and numbers are quite not threatened by collisions with wind turbines. This is category 3.

I noticed that all species significantly threatened by collisions are the big birds. Their body length (without a tail that is poorly visible or invisible in the thermal sensors) is at least 15 cm (6 in). This is the length of the smallest birds in this group: lesser kestrel Falco naumanni (in Europe) and american kestrel Falco sparverius (in North America). All B-finder models are sufficient for automatic mortality monitoring of these species – big birds.

When bird mortality monitoring are conducting, one should take into account that serious ecological problem constitute only collisions of species significantly threatened by collisions. Therefore it should not lump all birds together.