Bats from Wuhan, thermal cameras on airports, wait, what airports? 2020 is a bit interesting and maybe that is the reason why the last inscription in this place was posted on 26 November last year. My message for our followers is: we are working hard. Since the publication of R&D report for B-finder T-series, we have received patents in countries represented ca.70% of the wind power capacity installed globally, included the two biggest: China and EU. We are proud. In 2020 we have finished the scientific grant 360 000 EUR for the lidar sensors application in B-finder system. Today few words about lidar sensors.

Lidar technology application for wind speed measurement is common in wind power industry. If you know how the lidar is working you can ask for the application of lidars as sensors in B-finder system.

The primary idea behind B-finder was crossing the laser beams by the falling animal. Before we realized that thermal sensors are the best for B-finder application, we have started playing with the lidar. Lidar was the first sensor tested during B-finder early days in 2016. Lidar technology has changed since 2016. Especially autonomous driving is putting pressure for it. Autonomous cars are fascinating challenge for the transportation and civilization development, somewhere between automatic transmission with cruise control and taxi flying between downtown’s skyscrapers. 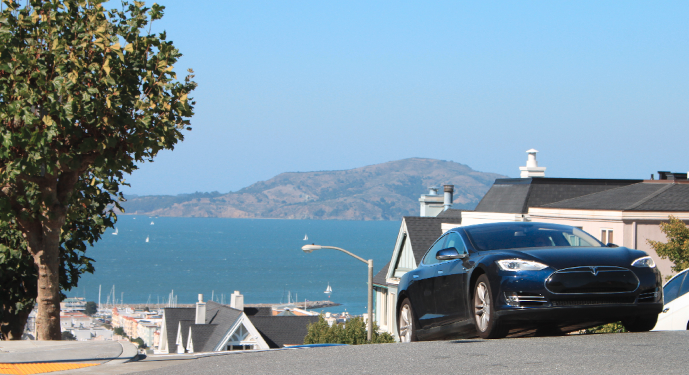 Fig. 1. Autonomous transportation and lidar sensors technology are driving hand in hand. Traffic in San Francisco pictured by Jan during his trip in 2017.

What you see in lidar imaging if the lidar is mounted on the wind turbine tower is just a black space. In such clear scenery the visibility of detected objects is very good. If they will be detected. Small bat or small bird is not the same like a lantern in the street of San Francisco. For the detection of the target in lidar sensors important are: the size of the target, the colour of the target and the fabric of the target. Pelage of bats and feathers of birds make animals hard to detect. The light of the lidar is just absorbed.

The general results of our 20-months research on the use of lidar sensors in B-finder system are as follows:

1. Lidar sensors can be usefull in B-finder system, because precision in ranging of targets in space, what makes the determination of the carcass on the ground more accurate.

2. Lidar sensors (state of the art 2020) are not useful for bat detection, because the majority of bat species, subjects to collision on wind turbines, are small animals with dark hair what makes it detectable only in very short range.

3. Lidar sensors (state of the art 2020) are of little use for small body (up to 10 cm with tail) birds detection, because they are detectable only in short range, much below 50m.

4. Lidar sensors (state of the art 2020) are useful for middle body (up to 45 cm with tail) birds detection, because they are detectable in range up to 50m.

The main advantage of lidar sensors application in B-finder system is the ranging of the targets. It makes the determination of the falling animal and finally the carcass on the ground more accurate.

Summarizing, the lidar sensor technology is very promising for B-finder system, especially in locations with low precipitation. However you will probably generate plenty of gigawatts, before this technology will achieve sufficient efficiency in small animals detection. Even then, support of cameras will be advisable, because camera sensors provide more additional information relevant to the transparency of the measurement.